I remember my last research ethics “class” quite vividly. I was at Michigan State University working on my Ph.D. And a very senior scientist who worked in research administration was lecturing us on what was and what was not ethical behavior for a scientist. This was very much unlike any ethics course I’d ever taken before, or after.

What I find more useful than lectures is to help people actually think ethically.

We need to empower scientists to examine ethical challenges critically, rather than tell people how they should think. When we tell others what they should think, we are imposing our will on them. When we empower people to critically analyze and ask questions, we are enabling them with free will.

So in this post, I’m going to introduce you to the Applied Ethics Framework that I use in my work and with my clients.

Ethics Is Not a Bright Line

I have heard from numerous scientists, who should know better, that “you’re either ethical or you’re not.” That statement is not only wrong, it’s insulting.

Think about it — a bright line statement that says people are either ethical or they’re not is the same as saying that “if you don’t conform to my worldview on ethics, then you are not ethical.” That’s completely unacceptable and untenable.

It also diminishes the difficulty of finding ethical solutions to some challenges. If ethics were so simple, then we wouldn’t have arguments about some very fundamental ideas.

Sure, there are certain subjects where ethics has pretty bright lines. For instance, it is generally unethical for soldiers in peace time to murder civilians. I don’t think there’s much debate there.

But is it ethical to perform experiments on animals? There’s no bright line here. Different people can come to different ethical stances depending upon what they believe is or is not ethical.

A Framework for Ethical Thinking

This is the framework for applied ethics that I like to use. It’s based on the Applied Ethics Framework developed at Santa Clara University’s Markkula Center. I like it because it parallels the Critical Thinking Framework that I also use in my work and that I teach to others.

This first step is all about framing the issue and identifying if it’s actually a moral question or not.

So the first question is: Are we talking about an action(s) that can be taken? If not, then this isn’t an ethics issue.

Next, we ask: What is the ethical issue here? Does this deal with morality or not? If not, then this isn’t an applied ethics issue.

Step 2: Get the Facts

Now we need to get the facts. Generally, we are dealing with a specific case. There are specific facts that will be unique to the case. For instance, let us imagine we are dealing with a case where a company wants to create cultivated meat that tastes like human flesh. There are a lot of facets to this case that we need to understand. Here are just a few (you might come up with more and different ones):

At this point we would examine each of the alternative actions using the 6 applied ethics lenses. These lenses are:

Importantly, some lenses will have less to “say” with some applied ethics problems than others. For instance, in our cultivated meat that tastes like human flesh example, care ethics will likely have less influence (unless you take the case way out into actual cannibalism, then the Care Lens will definitely play a very significant role).

Ultimately, when all of the lenses are focused together, we should get clarity.

Step 4: Choose an Action and Evaluate It

Once you’ve applied all the lenses and have clarity on the most ethical option you get to execute. That’s right — it’s now time to put that action into practice.

And because you’re a lifelong learner, you’ll evaluate your action. In your After Action Review you’ll review if your action is ethical or not. If your action isn’t ethical, then you’ll want to stop it, evaluate what happened, and most importantly, re-examine each step of the Applied Ethics Framework to see where we were deficient.

Was the challenge/problem not framed correctly in Step 1?

Did we not get all of the right facts in Step 2? Did we miss some potential actions?

Did we make a mistake, omission, or get blindsided by an unknown unknown when applying the lenses in Step 3? Were we not honest with ourselves? That also happens, and it’s okay.

Drop Your Ego and Take Ownership

And fear is a very powerful emotion. But it also blinds us. It blinds us to objective thinking. It blinds us to logical thinking. Fear opens us up to committing logical fallacies. Fear opens us up to faulty thinking. And if we are trying to protect our egos, we are not likely to apply all of the lenses openly and honestly. And ultimately, we will talk ourselves into actions that aren’t optimal, aren’t the most ethical, but those actions that protect our egos.

Why go through all that work if you want to protect your ego?

By dropping your ego, and taking ownership of your actions, you’ll find your After Action Reviews will be more productive, more honest, and most of all will lead you to making better ethical and well thought out decisions. 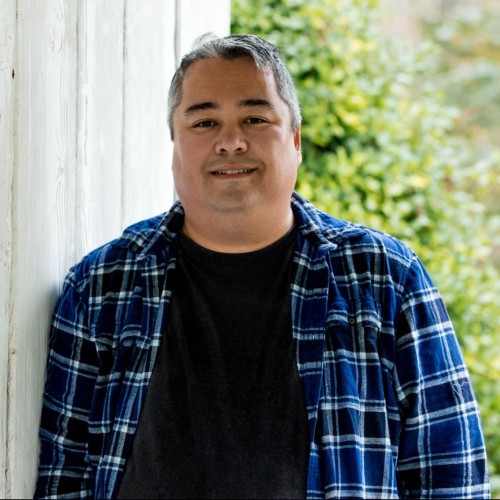